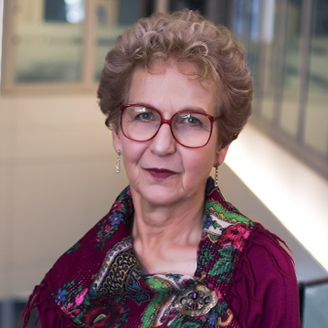 Fern M. Steiner got her start in labor law while working at a hospital in Illinois while attending Northwestern University. Her mother was involved in social justice issues while she was growing up in New York and New Jersey and instilled in her daughter the values she has continued to use throughout her working life. The hospital was not paying employees overtime pay to which the employees were entitled. Ms. Steiner met with the Hospital Administration and successfully obtained proper overtime for the employees. When she went to law school she was able to clerk at the National Labor Relations Board where she gained experience in labor law in the private sector. Ms. Steiner practiced representing labor unions in Illinois, Indiana, and Iowa from 1977-1984 when she moved to San Diego. She expanded her labor representation to public sector employment when she joined her present law firm Smith Steiner Vanderpool in 1987. She has been a shareholder in the firm since 1993.

She works on water issues for the region and leads tours of the State Water Project and the Colorado River to help educate people on where their water comes from.

Ms. Steiner continues to represent labor unions in the public and private sector including Teamsters, Firefighters, Sheriffs, Bus Drivers and Teachers. She represents the labor unions and their members in labor and employment matters providing advice on union matters, grievances, Civil Service hearings and other administrative hearings, contract administration and negotiations. She also represents individual employees in employment matters including wage and hour issues, the Fight for Fifteen, discrimination, terminations and negotiation of severance agreements. She also has litigated on behalf of unions and employees. Ms. Steiner also is a member of the American Arbitration Association panel of employment arbitrators. Ms. Steiner believes that she should also give back to the community. She was appointed as a Director to the San Diego County Water Authority in 2003 and as a delegate to the Metropolitan Water District in 2009. She works on water issues for the region and leads tours of the State Water Project and the Colorado River to help educate people on where their water comes from. Ms. Steiner also serves on the Board of San Diego Youth Services working with at risk youth in San Diego County. Ms. Steiner has been elected as a Fellow by the College of Labor and Employment Lawyers, a national, invitation-only group of the finest labor and employment attorneys in the United States. She has been named in The Best Lawyers in America, in labor law, since 1986; Chosen as a Southern California SuperLawyer in labor and employment law since 2007; Chosen as Best Lawyers, Lawyer of the Year in Employment Law for Individuals in San Diego in 2012 and Lawyer of the Year in Labor Law-Union in 2014; Named in Martindale-Hubbell Bar Register of Preeminent Women Lawyers in 2013 Ms. Steiner speaks regularly at forums and seminars on collective bargaining, discipline and labor law, including, but not limited to the California State Bar, San Diego County and Orange County Labor Employment Relations Association, Stewards Seminars for Unions, Law Enforcement Associations When Ms. Steiner is not working or doing her community service, she likes to walk and hike with her dog Lily, a Labrador/Border Collie mix from Labrador Rescuers.

“Interference with Rights of Employees,” Labor Law for the General Practitioner, Chapter 4, 1984.