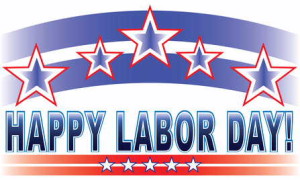 Labor Day honors the contributions that workers have made to the strength, prosperity and well-being of our country.  This day is dedicated to the social and economic achievements of American workers, and to remembering the great sacrifices, strikes, injuries and even deaths it took to make many of these achievements possible.  SSVW remains committed – 33 years after its founding – to honoring Labor Day year-round by enforcing these hard-won labor laws.  In fact, a level playing field for all businesses requires that every employer obey wage and hour laws related to meal and rest periods, overtime, vacation pay, sick pay, equal pay, and minimum wages, as well as ERISA laws governing health and welfare benefit plans in the private sector.    Don’t take your own employer’s compliance for granted – be vigilant.  When in doubt, contact us to assure that you are getting the benefit of all the economic protections we celebrate this Labor Day!

In our personal injury practice, we’ve represented wonderful people in the fight for justice over heart-breaking injuries or death caused by the negligence of others.  Two tragic cases involving little-known dangers leave us wanting to “tell the world” to take certain precautions.

Don’t get in a pedicab if it’s not equipped with working seat belts – and, if it is, fasten your seatbelt.  This benign-looking ride can be deadly depending on how it is driven and the terrain. We represented the surviving husband and adult daughters of a 60-year-old woman visiting San Diego who was thrown from a pedicab, struck her head on concrete, and died – all while her husband was attending a convention yards away in the Convention Center.  The pedicab was not equipped with seatbelts as San Diego’s ordinance requires. Be sure to pass this warning to your family, friends and out-of-town visitors.

Don’t ride or let your friends or loved ones ride as passengers on any personal watercraft (“jet ski”) without wearing a wet suit bottom or similar neoprene protective clothing.  Drivers of these personal watercrafts (“Sea-Doo” is one brand) wear a lanyard to turn off the power if the driver is ejected from the craft but passengers remain vulnerable to ejection at the rear of the craft where the unseen force of the water jet

has the power to sever muscle and tear flesh.  We represented two young women (ages 16 and 17) who were grievously injured on Mission Bay while riding as passengers on a “Sea-Doo” personal watercraft.  Neither the driver nor the rental agency instructed the girls to wear wet suit bottoms or similar neoprene protective clothing.  The manufacturer put a densely-worded label on the console under the Sea-Doo’s handlebars with a litany of warnings in fine print including the need for a wet suit to prevent injury or death.  But the girls never saw this label because they boarded the Sea-Doo from the back where there was no warning, while the operator’s body blocked any view they might have had of this console label.  Once out on the bay, the operator accelerated the Sea-Doo rapidly from a stopped position.  The Sea-Doo’s nose went up and the girls were thrown off the back with their legs spread – hitting the water bottom-first.  With only bathing suits on, they had no protection against the force of the water jet at the rear of the craft which ripped into the rectum of one and into the vagina of the other.  Despite emergency surgeries, both girls were left with life-changing permanent injuries.

We are delighted to announce that Tony Harris has joined our firm as a senior workers’ compensation associate.  Originally from the Philadelphia area, Tony attended Syracuse University, and among his many accomplishments while still in school, he worked as a volunteer for the Clinton presidential campaign in 1992.  Since earning his J.D. degree from California Western nearly twenty years ago in 1997, Tony has represented injured workers and now brings his wealth of knowledge and experience to benefit our clients.  When not at work in the trenches as an advocate for injured workers, Tony enjoys surfing, skiing, and spending time with his wife and two sons. He is also an avid R/C sailplane pilot and a member of the Torrey Pines Gulls Radio Control Soaring Society.

Connect with SSVW on LinkedIn

. When you, a family member, neighbor, friend or work-mate need effective representation on a personal injury or employment matter, you will have at the ready the contact information for a firm with a 33-year track record and reputation for excellence.